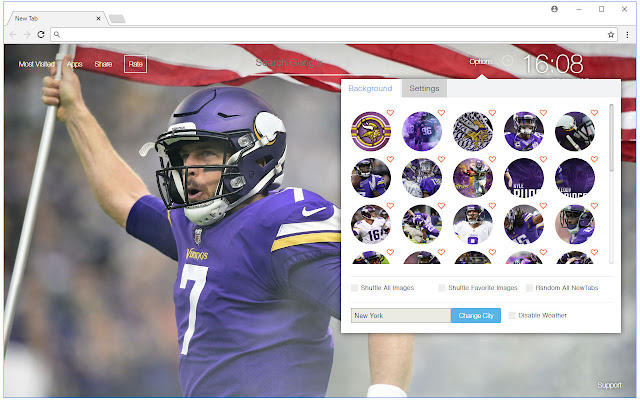 The extension is made by fans, for fans who like Minnesota Vikings, NFL, or Americans football in general… Visit our homepage for more HD wallpapers and newtab themes: http://freeaddon.com/ 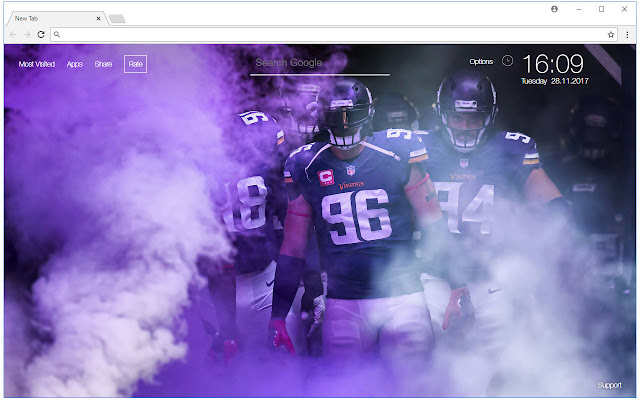 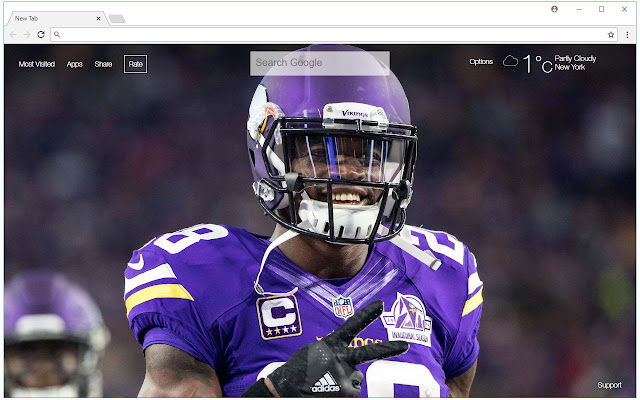 – The Minnesota Vikings are an American football team based in Minneapolis, Minnesota. The Vikings joined the National Football League (NFL) as an expansion team in 1960, and first took the field for the 1961 season. The team competes in the National Football Conference (NFC) North division. The Vikings played in four Super Bowl games in the 1970s, but lost all four.
– During the 1960’s, the Vikings record was typical for an expansion franchise, but improved over the course of the decade, resulting in a Central Division title in 1968. In 1969, their dominant defense led to the Vikings’ league championship in 1969. Their 1969 NFL title was the last NFL championship prior to the merger of the NFL with the AFL.
– The team plays its home games at U.S. Bank Stadium in the Downtown East section of Minneapolis. 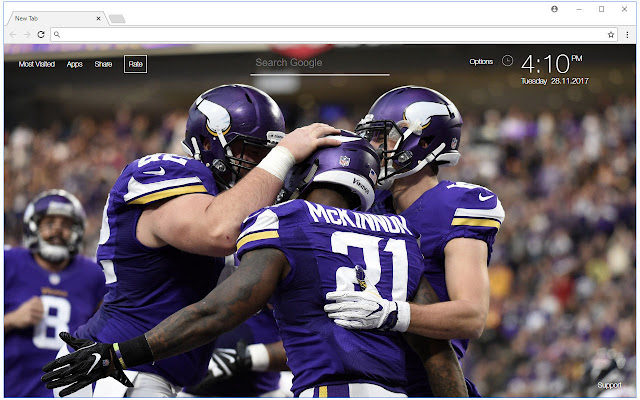 – Mackensie Alexander: Was honored on June 28, 2016 with Mackensie Alexander Day by Collier County, Fla.
– Willie Beavers: Grew up a fan of the Detroit Lions.
– Joe Berger: Enjoys building furniture, woodworking projects and trap shooting.
– Moritz Bohringer: Started playing competitive football in 2013.
– Sam Bradford: Rang the bell at the New York Stock Exchange three days after winning the Heisman (note: The Dow rose 100 points that day).
– Teddy Bridgewater: Served as the Grand Marshall of the Kentucky Derby in 2015.
– T.J. Clemmings: Turned down several Division 1 basketball scholarships to play football.
– Pat Elflein: Worked on a concrete crew during summers when in high school.
– Michael Floyd: Roomed with current Vikings teammate Kyle Rudolph for three years while the pair were at Notre Dame.
– Bucky Hodges: Given first name is Temuchin.
– Danielle Hunter: Moved to the United States from Jamaica when he was 8 years old.
– Linval Joseph: Has a Maltese-Yorkie cross named Lucky.
– Eric Kendricks: At UCLA was named to the Athletic Director’s Honor Roll each year from 2011-14.
– Caleb Kidder: Was a top-five ski racer in the western U.S. when he was in junior high.
– Marshall Koehn: Ran a 4.61 40-yard dash at the NFL combine, the fastest time for a kicker or punter in over a decade.
– Kevin McDermott: Went on a safari and tracked gorillas in Africa this past offseason.
– David Morgan: First UTSA player drafted to the NFL (the program began in 2010).
– Latavius Murray: Pursuing his MBA online from Syracuse University.
– Jabari Price: A high school teammate of Cardinals CB Patrick Peterson.
– Ryan Quigley: Had his number retired in 2016 by North Myrtle Beach High School.
– Tre Roberson: His grandfather, Larry Highbaugh, is in the CFL Hall of Fame.
– Andrew Sendejo: Has extensive background in martial arts, and his father is an instructor.
– Jack Tocho: Completed his college degree in three years.
– Nick Truesdell: Sang the National Anthem before his final home game with the AFL’s Spokane Shock in 2015. 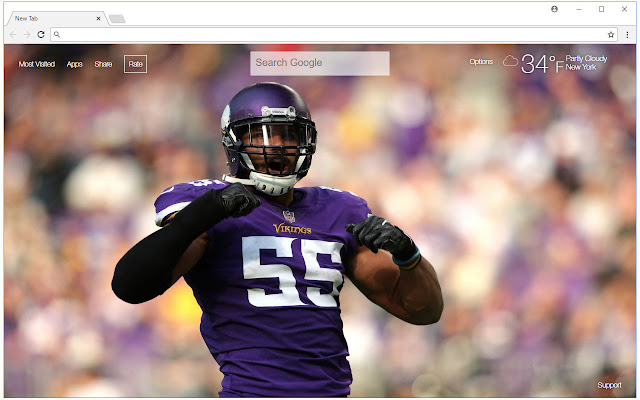