July 28 Update: New 05 Images (Scroll down to end in “Options” Box).
Install this Themes to get HD wallpapers of Soccer All Stars in every new tab. 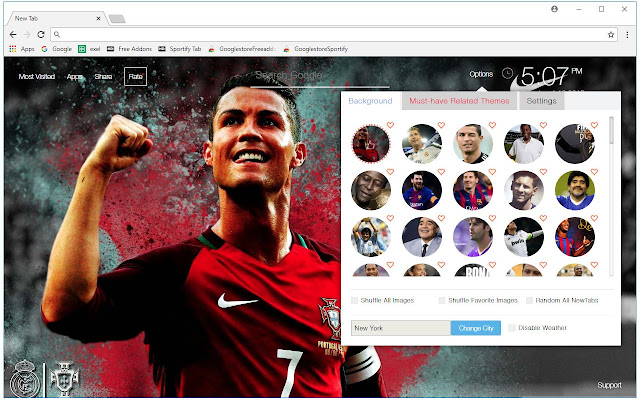 The extension is made by fans, for fans who like soccer or sports in general… Visit our homepage for more HD wallpapers and newtab themes: http://freeaddon.com/ 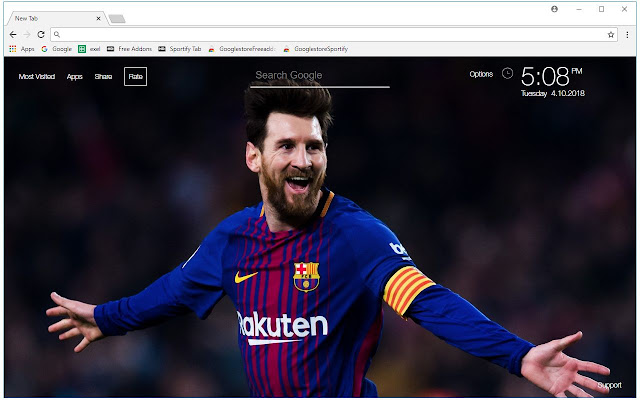 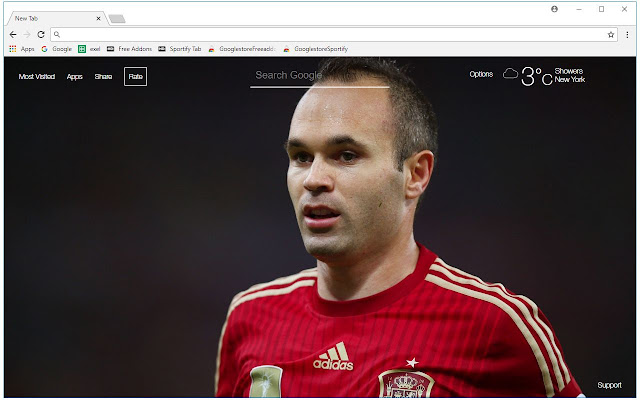 – Robert Lewandowski (Bayern Munich/Poland): Robert Lewandowski has dominated since arriving at Bayern Munich in 2014. He has scored 110 goals in 147 total appearances, that followed four years at Borussia Dortmund where he bagged 103 in 187 matches. He’s easily the best pure goal scorer in the Bundesliga, and with Bayern he’s scored 77 times in 96 league matches.
– N’Golo Kante (Chelsea/France): No. 9 with a bullet, N’Golo Kante’s rise has been meteoric. After a sensational 2015-16 campaign at Leicester City, the defensive midfielder landed with Chelsea for 2016-17 and won his second consecutive Premier League title. But while he was excellent at Leicester, he was singularly dominant with The Blues, and was named Premier League Player of the Year for his efforts.
– Manuel Neuer (Bayern Munich/Germany): Manuel Neuer is still the best goalkeeper in the world, though the ageless Gianluigi Buffon isn’t far behind. Still, the 31-year-old Neuer is the benchmark for modern keepers as his run for club and country over the last seven years has been incredible.
– Marcelo (Real Madrid/Brazil): The second-highest defender on this list, Marcelo’s selection is sure to create some controversy. But there is no better playmaker in the world coming forward from the back line. The 29-year-old just finished his 11th season at Real Madrid, capping it off with his fifth La Liga championship, third Champions League title and was named to the Champions League Team of the Season for the second-straight year.
– Leonardo Bonucci (Juventus/AC Milan): The lone center back on the list, Leonardo Bonucci edges Marcelo as the best defender in the world. Simply put, the 30-year-old has been a rock for Juventus and the Italian national team over the past seven years. Now he’s headed to AC Milan, a fact that, understandably, doesn’t sit well with Juve fans. 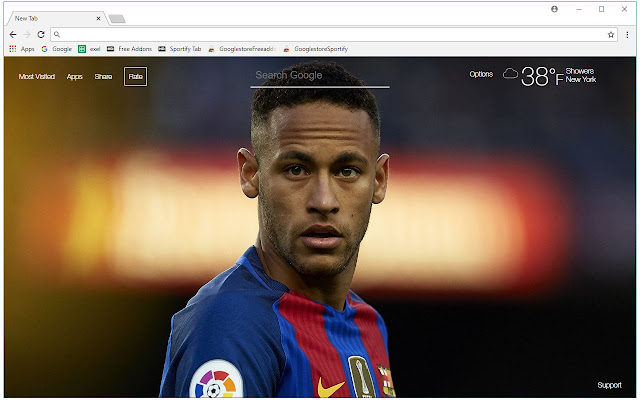 – Neymar (FC Paris Saint German, Brazil): Arguably the most purely talented player in the world, it’s crazy to think Neymar just turned 25. It feels like he’s been around forever. The FC Barcelona forward is unmatched with the ball at his feet, an absolute wizard with individual skill and dribbling, it is truly amazing to watch him. He also might be the world’s best passer. And the scary thing is he probably hasn’t even hit his ceiling.
– Antoine Griezmann (Atlético Madrid, France): Antoine Griezmann has been on a tear over the past few years, firmly establishing himself as one of the premier players in the world. He led the French national team to the final at Euro 2016, and led the competition with six goals, winning the Golden Boot. Despite an extra time loss to Portugal, Griezmann was rightly named Player of the Tournament. Put simply, he is a threat to score or set up teammates in every game.
– Luis Suárez (FC Barcelona, Uruguay): Like him or not, Luis Suárez is one of the greatest pure goalscorers in the world. In three seasons at FC Barcelona, Suárez has scored 121 goals in 147 matches. He had an absolutely brilliant 2015-16 campaign during which he scored 40 goals in 35 La Liga contests and 59 goals in 53 total appearances.
– Cristiano Ronaldo (Real Madrid, Portugal): You knew who the top two were going to be before you even started reading this piece, because they’ve been the top two players in the world for nearly a decade. Since 2008, no one other than Cristiano Ronaldo or Lionel Messi has won the Ballon d’Or. Messi has won five times, Ronaldo has won four. They’ve each finished second every time the other has won.
– Lionel Messi (FC Barcelona, Argentina): Lionel Messi is firmly in the conversation as the greatest footballer of all-time and at 30, he’s got plenty of time left to possibly end the debate. 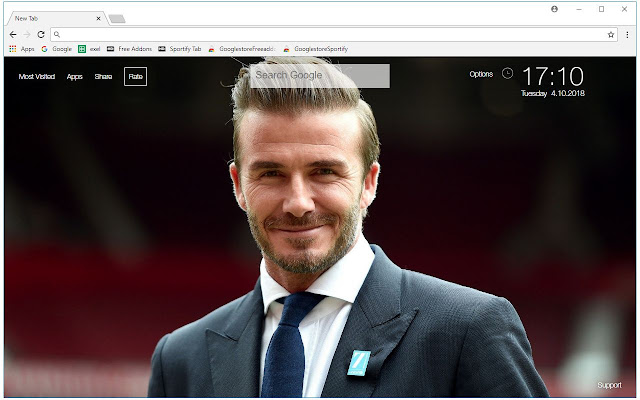